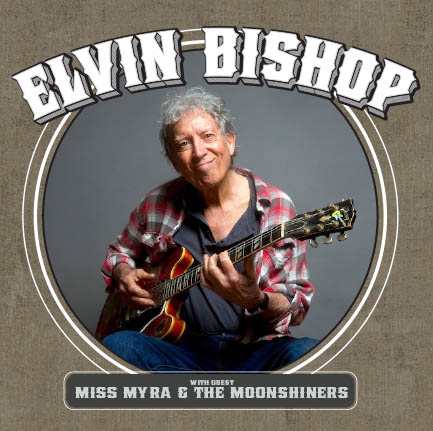 *Must Present a Valid ID for Admittance. Tickets are Not Refundable.

For GOLD and SILVER Seating – You are assigned to a specific Table, but not a specific seat. Seats at that table are on a first come, first serve basis. No Standing Allowed in the Gold or Silver Sections.

For GENERAL Seating – Tables and Chairs on the Outside of Dance Floor. Not Assigned Seats and First Come, First Serve.

Ever since Rock & Roll and Blues Hall Of Famer Elvin Bishop first hit the scene with the Paul Butterfield Blues Band back in 1965, he’s blazed his own musical trail. Whether he was playing raw, eye-popping blues, or penning the evergreen radio hit Fooled Around And Fell In Love, or touring the world for decades delivering his original, good-time countrified blues, Bishop has always inspired his fans with his rowdy guitar playing and witty, slice-of-life songs. Rolling Stone calls Bishop “a legendary guitarist” whose playing is “impeccable and spirited…a distinguished American player.”

Late in 2015, Elvin Bishop formed The Big Fun Trio, with Bishop on guitar and vocals, and his friends Bob Welsh on piano and guitar and Willy Jordan on cajón (a hand-played Peruvian drumbox) and vocals. After playing just a handful of live dates, the group’s instantly crowd-pleasing music and undeniable chemistry took the blues world by storm. With the release of their self-titled CD in 2017, media and fan response was immediate and overwhelming. DownBeat celebrated Bishop’s “verbal hijinks, outstanding guitar work and country boy friendliness.” OffBeat said The Big Fun Trio was “intricate, funky and uplifting,” declaring them, “consistently great.” With its top-shelf musicianship and front-porch vibe, the album earned a Grammy Award nomination, and won Blues Music Awards for Album Of The Year and Song Of The Year (for the title track) from The Blues Foundation.