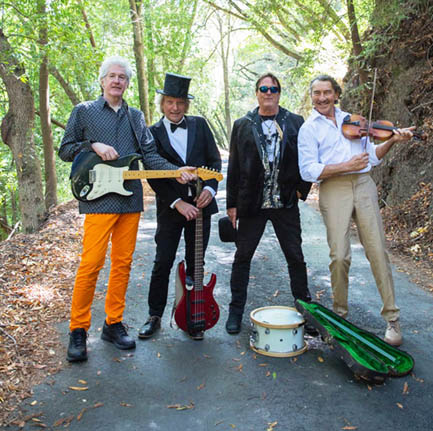 THE TUBES
(no guest)

THERE WILL BE NO RE-ENTRY FOR THIS EVENT.

*Tickets are not refundable.

***VIP Package Add-On Available! Package includes: 4 pm Soundcheck (40-45 minutes), ONE (1) CD -OR- T-shirt & Photo Opportunity with Band (Photographer not provided)
******THIS PACKAGE IS AN ADD ON ONLY – PURCHASER IS STILL REQUIRED TO PURCHASE A TICKET TO ENTER*****

This show is 21 years and older. Tickets are $5 more day of show. Ticket price includes a $3 facility charge, does not include sales tax and service fees.

The San Francisco band which pioneered theatrics in rock ‘n’ roll long before MTV and music video made it fashionable, will embark on a national tour in which, for the first time, they will perform their hit 1981 album, The Completion Backward Principle – their first for Capitol Records, produced by Grammy-winner David Foster – in its entirety. Led by lead singer Fee Waybill – known for an array of characters which include iconic, glam-rocking, stacked-heel vocalist Quay Lewd and punk parody Johnny Bugger – The Tubes’ current line-up also includes original members; drummer Prairie Prince, guitarist Roger Steen and bassist Rick Anderson along with longtime keyboardist David Medd.

The Tubes formed in 1972 in San Francisco from two bands that moved there from Phoenix, The Beans along with the Red, White and Blues Band. While musically influenced by groups like Frank Zappa and Captain Beefheart, who actually recorded a song with the group on their third album, their theatrical satire was evident from the very beginning. All these years later, The Tubes still consists of, original members, the irrepressible front man Fee Waybill, world-class drummer Prairie Prince, virtuoso guitarist Roger Steen and oh-so-steady bassist Rick Gator Anderson, and continue to delight fans across the country and around the world with their iconic live shows.