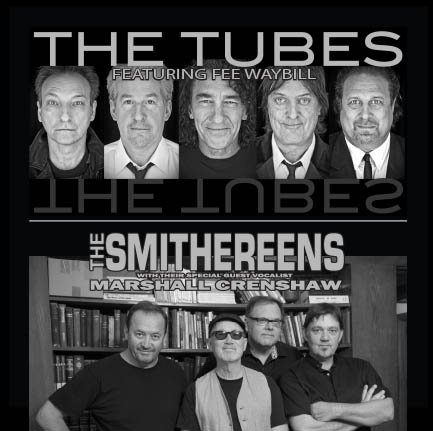 *Must Present a Valid ID for Admittance. Tickets are Not Refundable.

For GOLD and SILVER Seating – You are assigned to a specific Table, but not a specific seat. Seats at that table are on a first come, first serve basis. No Standing Allowed in the Gold or Silver Sections.

For GENERAL Seating – Tables and Chairs on the Outside of Dance Floor. Not Assigned Seats and First Come, First Serve.

Founded in New Jersey in 1980, The Smithereens have been creating electrifying, original rock’n’roll for 39 years. As The Smithereens’ fame escalated, they were in heavy rotation on MTV and appeared on The Tonight Show, Conan O’Brien, and Saturday Night Live.  The Smithereens’ take no prisoners sound has resonated with fans worldwide over the course of 17 albums and 2500+ live shows. And with the 2017 passing of Pat DiNizio, the surviving members decided to persevere and carry on their musical legacy with guest vocalists Marshall Crenshaw.