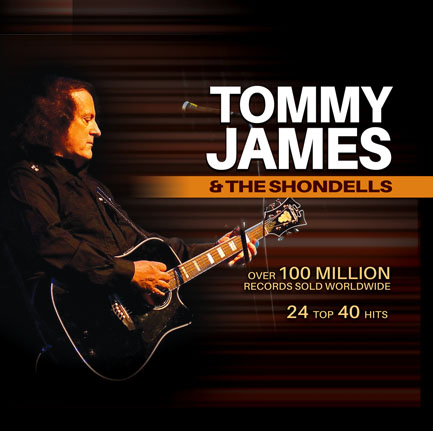 TOMMY JAMES & THE SHONDELLS
(no guest)

This show is 21 years and older. Tickets are $5 more day of show. Ticket price includes a $5 facility charge, does not include sales tax and service fees.

Tommy James’ road to superstardom began when a nightclub DJ in Pittsburgh discovered a two-year-old record by “The Shondells” and played it at his weekend dances. The crowd response was so overwhelmingly positive that radio deejays started spinning it and an enterprising record distributor bootlegged it, selling 80,000 copies in ten days. By May of 1966 “Hanky Panky” was the number one record in Pittsburgh and Tommy James was a sensation. Tommy James promptly followed “Hanky Panky” with two more million selling singles – “Say I Am (What I Am)” and “It’s Only Love” – and the Hanky Panky album, which went gold just four weeks after its release. With three hits under his belt, Tommy brought in producers Bo Gentry and Ritchie Cordell, and the three produced seven back-to-back smash singles: “I Think We’re Alone Now,” “Mirage,” “I Like The Way,” “Gettin’ Together,” “Out Of The Blue,” “Get Out Now,” and the party rock rave-up “Mony Mony.” The Gentry/Cordell/James team also produced three platinum albums.

Released in early 1969, it went multi-platinum, and spawned two more monster hits: “Do Something To Me” and “Crystal Blue Persuasion.” A fourth song from the LP, “Sugar On Sunday,” rose high on the charts in a cover version by The Clique. Tommy followed up the Crimson and Clover album with Cellophane Symphony, which featured the newly developed Moog Synthesizer and included yet another Top Ten single, “Sweet Cherry Wine.” Tommy James was on a roll! Not only did the total sales of his four 1969 hits top those of the Beatles that year, his second volume of greatest hits – The Best Of Tommy James and The Shondells (featuring “Ball of Fire”) – also appeared and ultimately sold over 10 million copies.

To date, Tommy has sold over a hundred million records sold worldwide, and has received five BMI “Million Air” awards in recognition of 22 million broadcast spins of his songs. Today Tommy is still rockin’, performing his many timeless hits to sellout crowds across the country, and celebrating his 50th year in the music business by recording a new album.